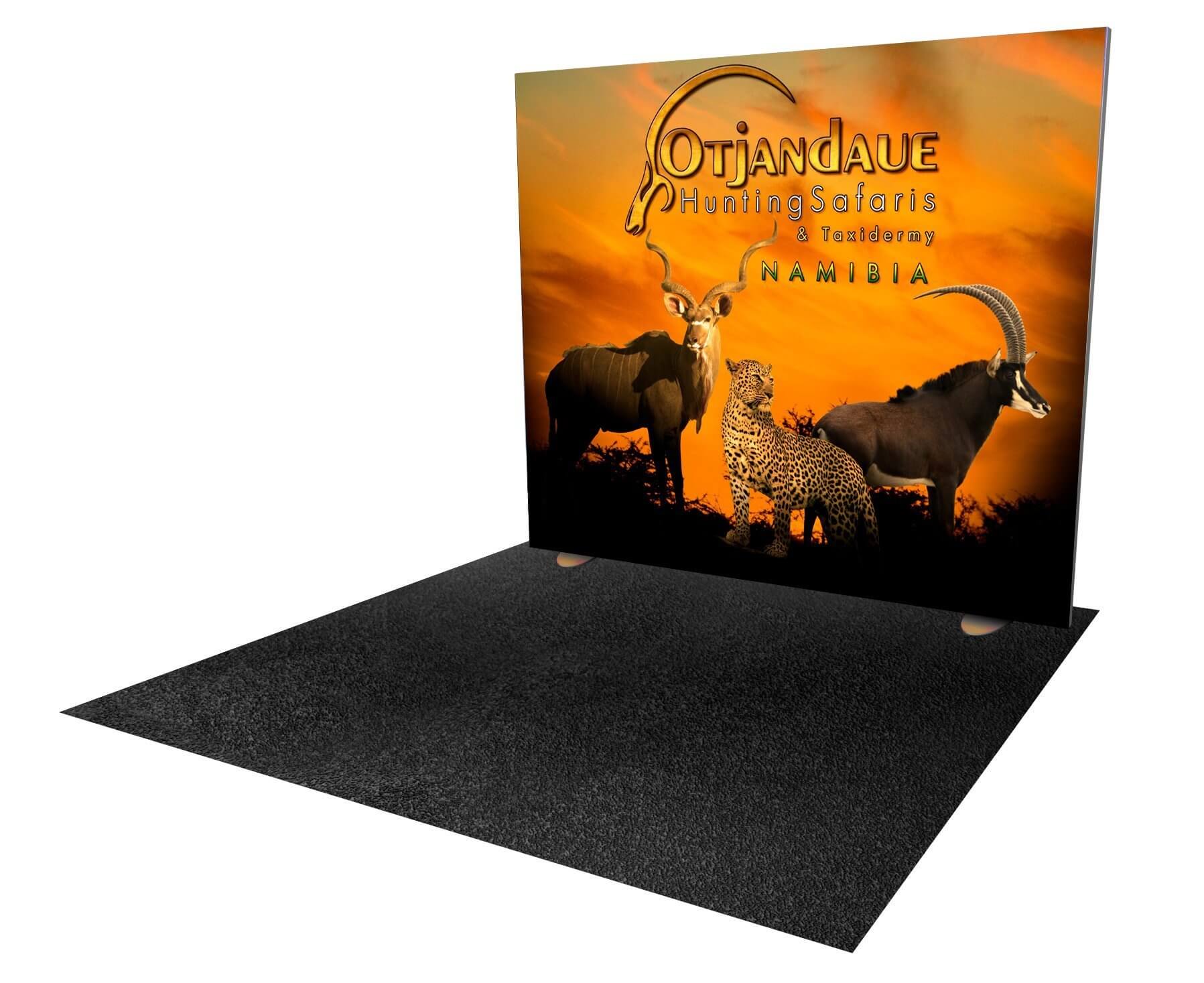 Otjandaue exhibits every January at the International Sportsmen’s Expo in Denver and the Dallas Safari Club Convention.  Their main concerns were (1) a booth that would stand out in a packed exhibit hall, (2) an exhibit they could easily set up themselves, and (3) getting the exhibit shipped to and from each show at a reasonable cost. 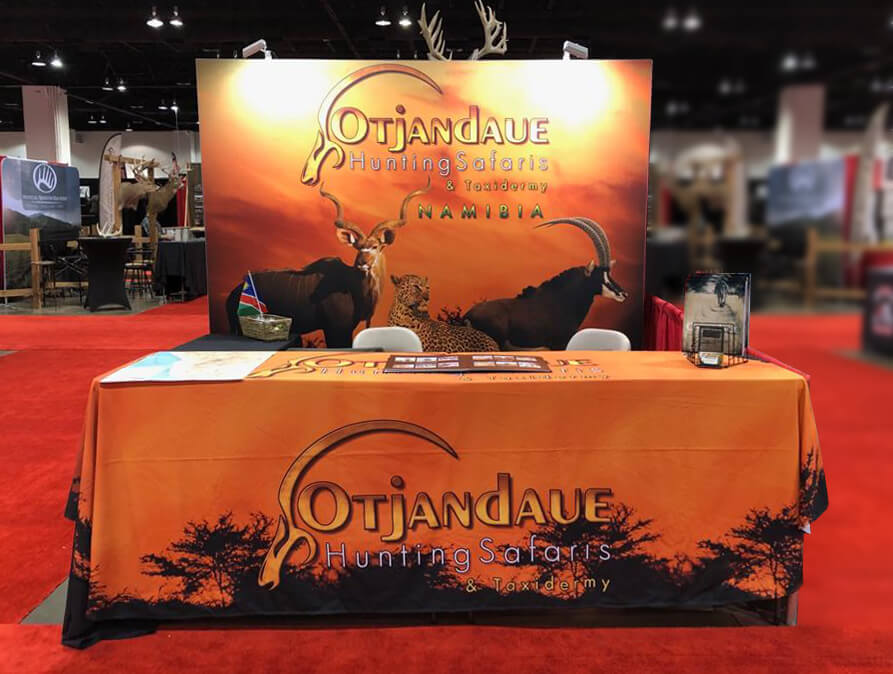 Exhibit Network designed a vibrant backwall graphic and table cover to attract attention and immediate recognition of their product and brand.

A brief demonstration was all it took for Roy and Janet to learn how to quickly set up the exhibit and graphics themselves.

Special Note:  The owners of Exhibit Network have visited the Otjandaue Ranch two times and can vouch for their integrity, avid conservationism, and professionalism.  Our Houston office is home to several Namibian trophy mounts.