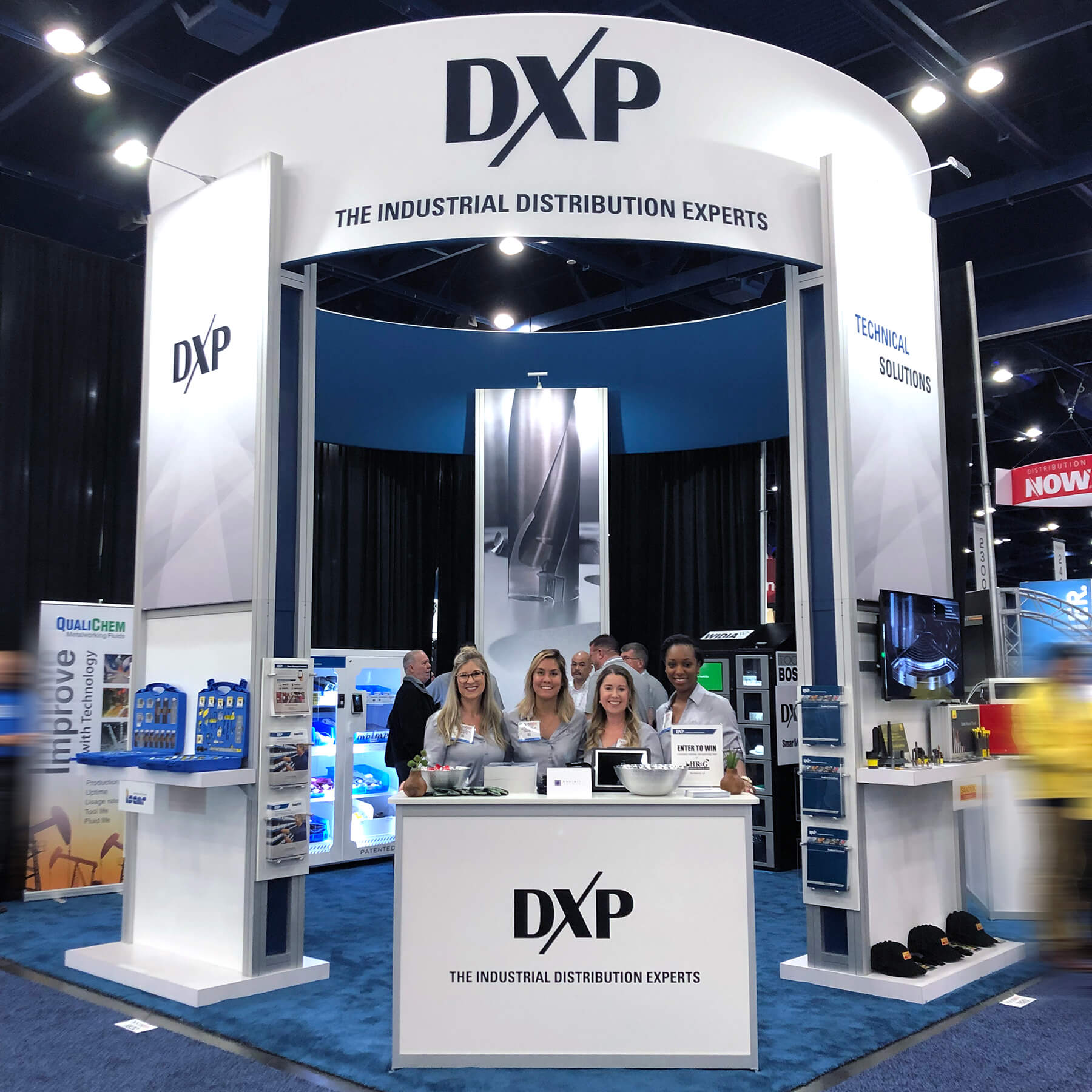 DXP Enterprises is a publicly traded professional distribution management company that provides products and services to a variety of industries. DXP came to Exhibit Network requesting a new custom 20 x 20 island exhibit for Houstex 2019. DXP had partnered with other exhibit houses in the past, but weren’t entirely delighted with the experience, thus, Exhibit Network’s many favorable google reviews were a major contributor to DXP’s choice. The business relationship was sealed when it was discovered that both DXP and Exhibit Network shared a passion for fishing at Hackberry Rod and Gun. 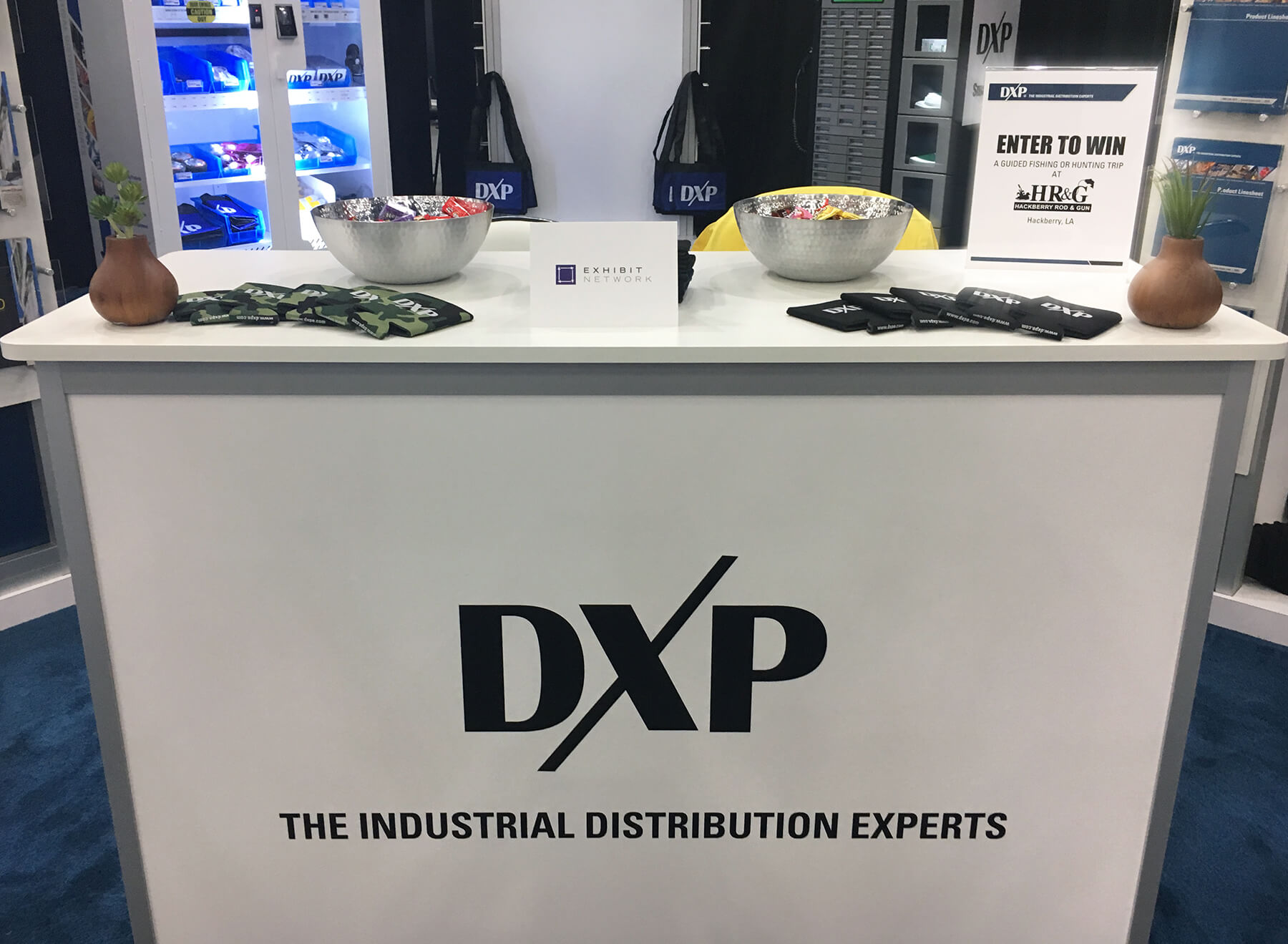 This 20 x 20 island exhibit was first used at Houstex 2019 where the other divisions of DXP oohed and aahed over it and asked how soon they could borrow it.  The open concept accommodates different size tools and equipment for different divisions at different shows. The three towers that support the overhead sign can be increased to four towers and the overhead sign can be hung from the ceiling.  DXP was thrilled with the process of conceptualizing the new design with Exhibit Network. DXP was especially appreciative of the way Exhibit Network accessorized their booth, and the way every detail was considered in advance. Installation was completed without a hitch.  The exhibit is now at Exhibit Network’s warehouse, safely stored in custom crates waiting for its next show.