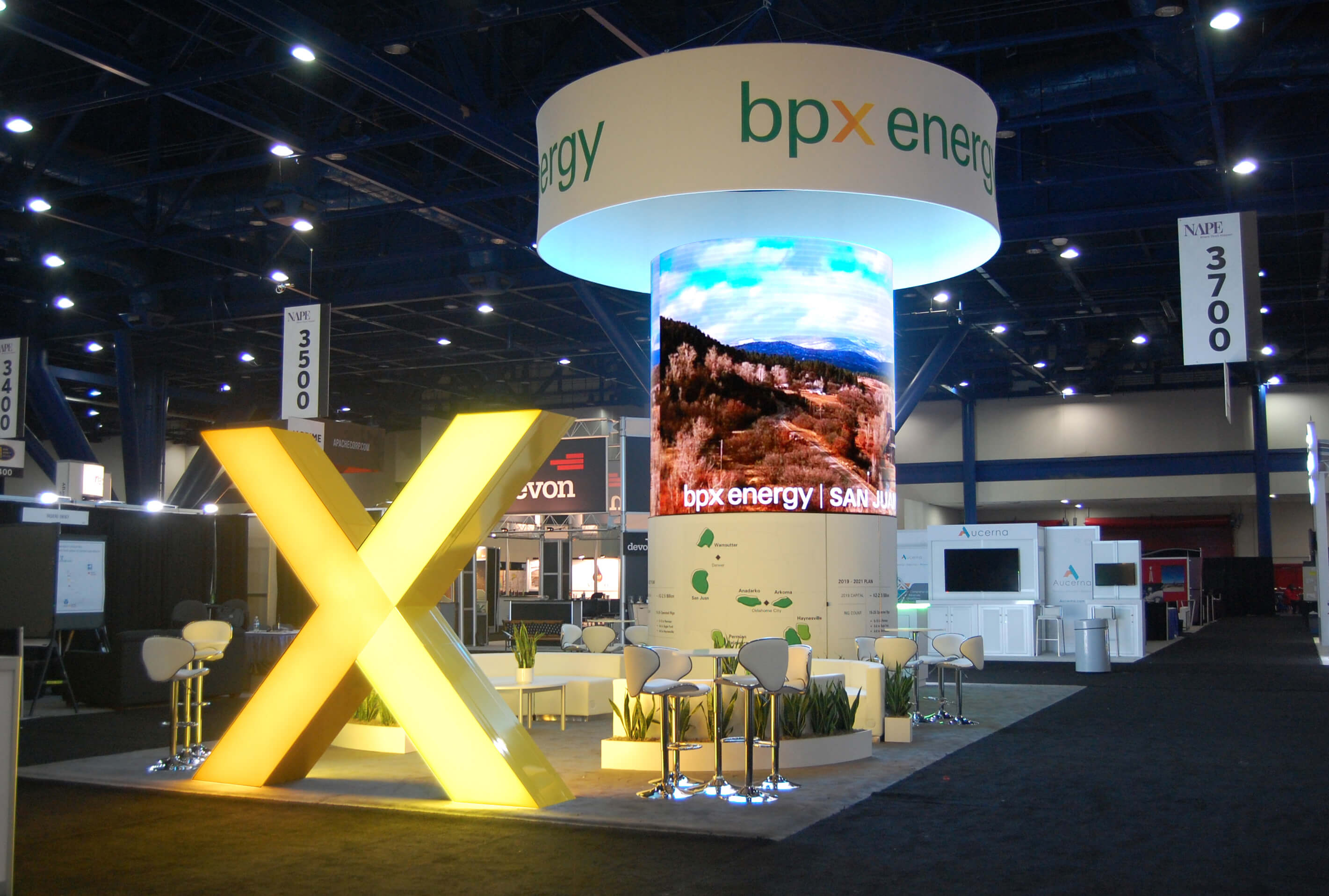 This project evolved from a rebranding, to a new concept, to a new build.  BP Americas already owned a booth that was stored in Exhibit Network’s warehouse. Initially, this booth was going to be rebranded as BPX Energy for NAPE Summit 2019 in Houston. After viewing a few options for the rebranding, BPX Energy decided to start fresh with a new custom exhibit.  An executive at BPX Energy introduced the idea for LED tiles on a circular structure similar to what he had seen on a display in an airport.  The request for a giant 3D backlit X came midway through the design process.

Exhibit Network was familiar with the existing properties stored in our warehouse, having installed them in the past two years.  We presented a few options to update and rebrand the original exhibit with fabric graphics.  At this point, BPX Energy decided to abandon their old exhibit and purchase a new custom exhibit.  Exhibit Network presented two options: one for a square tower and one for a circular tower. The circular tower with a circular overhead sign was chosen.  The 8’h x 9’w 3D backlit X was produced with aluminum and powder-coated for a perfect color match.

During production and staging, our team decided green plants around the seating area would add an aesthetic touch.  The planter boxes were cut on our CNC aligning with the curve of the sofas.

This tower project represents a high point in Exhibit Network’s history.  It marks the time we received the most compliments on show site during the first day of installation, before the tower was even fully assembled.  Exhibitors and installers stopped by to compliment our craftsmanship and to take photos of the exterior and interior of the tower.  We posted photos of the incomplete tower on our LinkedIn and Facebook pages.

Traffic at the booth was almost nonstop during NAPE Summit 2019.